How to get clients to pay on time

It’s the first of the month and you’re probably checking your bank account to see which clients have settled your invoices and which haven’t. Frustrating, isn’t it? If you’re wondering how to get clients to pay on time, let me share my experience…

Over the years as a freelance copywriter, I’ve had to take several clients to the small claims court at Money Claim Online. I even ended up taking one client, whose name sounds like Slimey so let’s call him that, to court itself. I guess I was a bit naïve in those earlier freelance copywriting years, but it’s certainly been a great learning curve and there are mistakes I won’t make again.

Taking legal action against clients who don’t pay your invoices on time can be really time-consuming and really frustrating, so you need to carefully consider if it’s worth doing. If it’s a case of a few hundred quid, then maybe hassle, hassle and hassle. However, taking legal action yourself online can be far cheaper than using a lawyer or debt collecting agency – plus you get back any of the costs incurred in doing so. 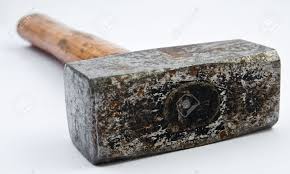 How drastic do you want to be?!

Years ago, I was at an agency that owed a photographer a large sum. He sent his assistant over to sit in reception with a big hammer until he got paid. If you don’t fancy this approach, here are some tips to avoid being faced with non-payment – and help you extract rightfully owed £££.

Let the client know that you’re not lost in a happy fluffy creative cloud but that you mean to do business properly. Tell them how much you’re charging, how much of a deposit you require and when your invoice needs to be paid by.

I usually ask for a downpayment to be made immediately, with another chunk at an agreed point (usually after first draft is submitted) and the rest payable on sign off. I also request payments under £500 to be made within 7 days and over £1,000 to be made within 30 days. The Federation of Small Businesses recommends 30 days as good practice. Of course, the exact figures are up to you. But I find this structure keeps my cash flow flowing smoothly. As a freelance copywriter, you often find projects can just drag and drag for months. You stick your invoice in at the end and then have to wait another month to get paid. Yawn.

The other advantage is that this gives you wiggle room in negotiations. If a client’s budget is tight and they ask you to lower the cost, then counter attack with a suggestion of speedier payment.

MarketInvoice, an invoicing platform, says that over 60% of small companies get paid late. Luckily for us freelancers, Vince Cable is pushing through the Small Business, Enterprise and Employment Bill to help us self-employed people in how to get clients to pay on time and so that larger firms have to publish info on their payment practices. If they don’t pay up, they’ll be reprimanded.

2. Get your Ts and Cs signed 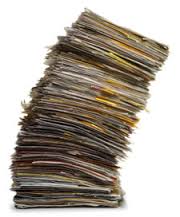 I draw up terms and conditions for clients to sign, showing they agree to my payment terms. Full Ts and Cs are also on my website here. They also need to provide their address – don’t underestimate this as a vital piece of information. When I first took Mr Slimey to the small claims court, I thought he was a registered limited company. He wasn’t. He was self-employed as a sole trader and I should have given his name followed by the ‘company’ details. So, Mr Slimey, 123 The Avenue, Nowhere Important T/A Slimey Marketing. (T/A stands for ‘trading as’).

I successfully had my claim upheld. I decided to take out a charging order (a claim for payment from proceeds of his house should he ever sell it). Guess what: he did sell but I had to resubmit all the paperwork because I’d cited the wrong address. So, I lost out.

If the client gives the address as a limited company, check that it’s correct as it may just be a postal address or a facade. What you really need to put on your invoice is the address the company is registered at. You can check this detail online for free at Companies House.

Sometimes easier said than done, and it only tends to happen with agencies or large clients.

4. Submit your invoice as soon as work is completed

Some freelancers I know send out an invoice as soon as they’ve done the work; others prefer to wait politely in case of feedback. I usually wait a few days then email to say I’m invoicing. If in doubt, bill it out.

Make a note in the diary so you can check when each client should pay on time.

5. The payment date has passed. What now?

It depends on how well you know the client and your relationship with them. However, let’s go back to Mr Slimey. I’d worked with him several times while he was MD at a design agency. He left and ‘set up his own company’. As I’d discovered later, he was just a freelancer like me. I worked on several projects, sent in about seven invoices. And trusted him when he kept promising to pay but was waiting on other clients to pay him first. (Why wouldn’t I trust him after all, as I knew him well? Hmmmm.)

Send a follow up email after a week has passed. And then another. Ring the person in accounts too. But never let more than a month go by. The reason is that if the client’s in difficulties and goes into liquidation, you lose out on any right to get all or part of your invoice paid. On the other hand, if your invoice is already in the system, you may be bottom of a long line of people owed – but at least you’re in the system.

The court likes to see that you have given the debtor every possible opportunity to repay. For example, you’ve sent them emails as reminders. So it’s sensible to keep these as a record and send follow up letters by recorded delivery (keep proof of postage).

6. Tell the client they owe you even more

Thanks to the Late Payments Act, did you know you’re entitled to claim late payment interest, even if your invoice doesn’t state it? Pay On Time is a brilliant website to help you calculate late payment interest and get letter templates, as well as practical suggestions and forums on how to get clients to pay on time. You can also contact them for advice.

I was once given a great tip by a lawyer friend. In your emails or letters, state work was done ‘quantum meruit’. A client may query your invoice, claiming the work was never used. This isn’t the point. Unlike magazine writers who are paid per word, freelance copywriters are paid for the time spent. This means you’re entitled to be paid for what you believe to be the reasonable value of your services.

8. The payment date passed a month ago. Heeeeelp?

If you feel you’re being fobbed off and too much time has passed, whirr into action. (Don’t accept someone being away on holiday as an excuse – the company has a duty to make sure suppliers get paid.)

Don’t be afraid to chase up

Write a letter stating that, if the client doesn’t pay within x days (don’t give them too long – five days is fine after all this time!), you’ll charge them late payment interest. Also state that this interest continues to accrue until the whole debt is repaid. And say you’ll also start court proceedings which may result in a CCJ (County Court Judgement) against them. This point should definitely jolt them into action. Having a CCJ is like a great big indelible black mark on someone’s credit rating for six years. You can then also see any other CCJs they may have.

You could send in the heavies, but they simply make threats and there’s still no guarantee that money will be forthcoming. No, stay squeaky clean and file your claim at ‪Money Claim Online. It takes a while to fill out the small claims court form, so have all the info ready to hand. You have to state why money is owed within a certain word count so prepare this in advance. Keep to the facts on ‪Money Claim Online and don’t rant or vent your spleen. 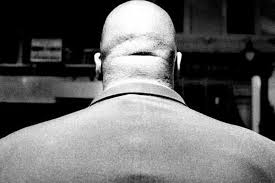 Time for the heavies?

The client will then receive a court letter, which hopefully should send them into enough of a tizz to make them pay. If they don’t, after a period of time stated by the small claims court who then awards in your favour, you’re entitled to take all sorts of enforcement action such as sending in the bailiffs. However, baliffs can’t force entry. If they are granted access, they’ll simply take items to sell on (computers, for instance) and you’ll get any proceeds. Personally, I’ve never considered it worth doing.

10. The court awards in your favour. Time to celebrate? Hmm, not necessarily

Just because the small claims court acknowledges Mr Slimey is a naughty boy and should pay you and awards a CCJ against him, it doesn’t mean you’ll get paid. Mr Slimey promised to settle but didn’t.

In the end, I took out an order to obtain information. This required Mr Slimey to do a ton of paperwork showing his financial situation and present it under oath in court before a judge to work out and agree payment stages. If you’re a no-show, you can end up in prison.

And guess what, after two frustrating years (but with a growing chunk of late payment interest), I GOT PAID. 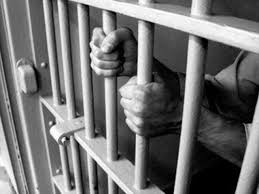 Good luck and I hope you’re never stuck again with how to get clients to pay on time!

Written by Caroline Gibson, freelance copywriter and rottweiler when it comes to chasing ££ and now knows exactly how to get clients to pay on time.