Admit it. Who hasn’t experienced an inner teenager smirk – or squirm – at the thought of asking a cocktail bartender for a Slow Comfortable Screw or for Sex On The Beach. 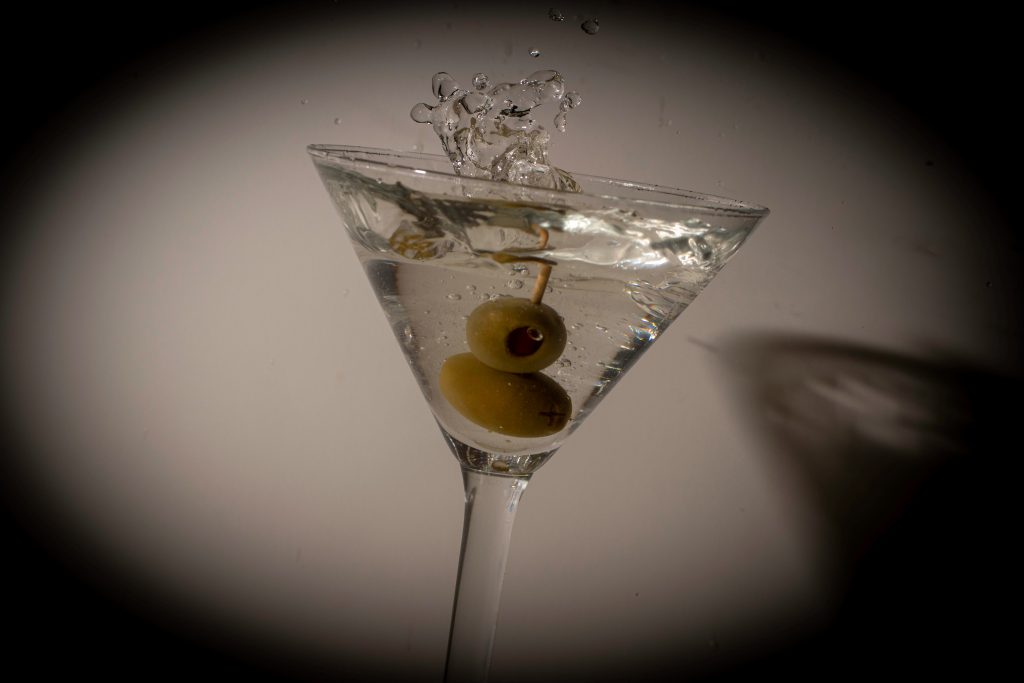 Cocktail mixology goes way back to the 1860s when alcohol was mixed with water, sugar, and bitters. The origins of the word ‘cocktail’ to mean a drink are as fuzzy as the effect of drinking three Zombies, though many agree that the roots lie in America.

One of the first mentions in print is in an 1806 New York newspaper. A cocktail is described as ‘a stimulating liquor, composed of spirits of any kind – sugar, water, and bitters – it is vulgarly called a bittered sling and is supposed to be an excellent electioneering potion, in as much as it renders the heart stout and bold, at the same time that it fuddles the head. It is said, also to be of great use to a Democratic candidate: because, a person having swallowed a glass of it, is ready to swallow anything else.’

From the un-PC (Bosom Caresser) to the sentimental (Winston) to the straightforward (Manhattan), cocktail names have an incredibly vivacious nomenclature. Here’s how ten popular cocktails got their names.

Black Velvet
Invented in 1861 at the London gentleman’s club, Brooks, when everyone was in mourning following the death of Prince Albert. The club barman was so overwhelmed that he decided to put champagne into a sombre state too by adding a dash of Guinness. Black Velvet was, reportedly, Bismarck’s favourite cocktail.

Martini
You may think twice about ordering this next time: gin was first created to treat kidney disorders while vermouth was initially used to treat intestinal worms. Mixed together, these create a Martini though the proportions have always been controversial. Hemingway, for example, was rather partial to a ratio of 15 gin to 1 vermouth. Not only are the proportions subject to debate but whether to shake or to stir is too. Shaking creates a colder drink but means the ingredients can be diluted because of the exposure to ice. (Bond not only preferred his Martini to be shaken but also to be made with vodka.)

Marguerita
Could this name be attributed to Broadway dancer Marjorie King, or to the singer Peggy (Margaret) Lee or even to the daughter of a German ambassador to Mexico, Margarita Henkel? The most widely believed story is that a barman in Tijuana was making a cocktail called a Daisy, and accidently grabbed a bottle of tequila instead of brandy. The word ‘margarita’ is Spanish for ‘daisy’. A lucky accident as the drink became a massive hit in Mexico.

Manhattan
Yes, this cocktail was invented in Manhattan but why and who for is less clear. Some maintain it was for a banquet hosted by Lady Randolph, Winston Churchill’s mother, in 1874 at New York’s Manhattan Club. A less glamorous offering – but more credible story as Lady Randolph was pregnant and in Europe at the time – is that a Manhattan was invented by Mr. Black, a Broadway bartender.

Winston
While on the subject of Winston Churchill, this cocktail was created in Australia in 2013 for a Guinness World Record as the most expensive one ever made. Simply use 60ml of Cognac Croizet 1858 Cuvee Leonie and mix with Grand Marnier Quintessence, Chartreuse VEP and a dash of Angostura bitters. Serve with chocolate and nutmeg soil, garnish with pulled sugar then mist with dry ice essence infused with citrus peel. But don’t worry if you don’t have the time, the inclination or the ingredients – order one instead for a mere AUS$12,500. (Just make sure you do so in time as a Winston takes two days to make.)

Tom Collins
They certainly knew how to have a jape and jest back in 1874. You’d tell a friend that someone called Tom Collins had been saying slanderous things about them in the local bar, causing your friend to storm in and demand to see the rascal. Unsurprisingly, the joke wore thin on one bartender who, instead, made a gin cocktail with this name to hand over to the unsuspecting party.

Zombie
The Zombie is a cocktail consisting of various rums, liqueurs and fruit juices. In other words, a rather potent concoction. It was invented in Hollywood in 1934 by the owner of Don The Beachcomber restaurant after a client with an important business meeting was in need of a pick-me-up for his hangover. He returned later to report that the meeting had been a huge success, despite feeling like a zombie all day.

Sex On The Beach
This is a more modern-day invention with a name based around students enjoying a wild time in Florida during their spring break. A distributor peach schnapps ran a competition offering prize money to the bar selling the most. One inventive barman mixed this with vodka, orange juice and grenadine and crowned the drink with this cheeky name.

Sidecar
In Paris, both Harry’s Bar and The Ritz lay claim to the invention of the Sidecar. Each maintains that, after the first World War, an American army captain would often arrive at the bar in a motorcycle sidecar in need of a warming nightcap. The bartender would mix him brandy with Cointreau and lemon juice. (Maybe the captain did some sidecar sidling up to both venues. Who knows.)

Arnold Palmer
A fairly recent dictionary entry, this name comes with an explanation from the late and legendary US golfer himself. ‘My wife made a lot of iced tea for lunch, and I said, “Hey babe, I’ve got an idea.” You make the iced tea and make a big pitcher, and we’ll just put a little lemonade in it and see how that works. We mixed it up, and I got the solution about where I wanted it and I put the lemonade in it. I had it for lunch after working on the golf course. I thought, “Boy, this is great, babe. I’m going to take it when I play golf. I’m going to take a thermos of iced tea and lemonade”.’

Later on, Palmer was in a Palm Springs restaurant and ordered the drink to be made up. A woman sitting by summoned the waitress saying, ‘I want an Arnold Palmer. I want what he ordered.’

Written by Caroline Gibson, freelance copywriter and naming expert (though I confess I can’t add a cocktail name to my hall of name fame just yet).