Toby Lewis is the founder and CEO of Novum Insights, the leading market monitor for blockchain and emerging technologies such as cybersecurity and ICOs. 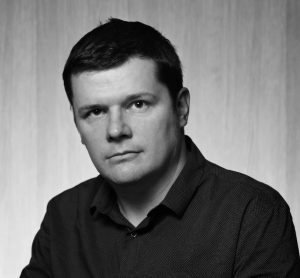 CG: Why do you do what you do now?
TL: I was a financial journalist then became a researcher in venture capital. I set up my first entrepreneurial business around 2010 then, in 2016, wanted to set up a ‘big data business’, Novum Insights, using the latest trends and data science to analyse the truth

Blockchain is very hot right now and with the combination of finance and tech, you get an explosion of creativity and new ideas.

So many people compare this current blockchain boom to the dotcom era and how the Internet would change the world. In the last two and a half years, there’s been a boom of this creativity driven by new technology, but the whole area started with bitcoin at the end of 2008.

CG: Blockchain … cryptocurrencies … ICOs … they’re all buzz words today, yet blockchain is much more than about things like bitcoin. Where exactly does the creativity in fintech lie?
TL: I think there’s a lot of creativity in financial technology, which is linked to pattern spotting and thinking about how the world might change. There’s a term for this coined by Schumpeter, the economist: ‘creative destruction’. The great examples are Facebook, Uber, Airbnb: very disruptive businesses that have completely transformed the business model of where they’re going through white space innovation.

So if you think about how Uber disrupted the taxi trade, it basically found a new opportunity for unlicensed taxi drivers. That’s the kind of creative destruction that’s made the world a very exciting place. Right now, creativity and business are totally infused and being meme-driven.

Richard Dawkins came up with the meme term in his book ‘The Selfish Gene’ . Basically, if you can get an idea out there, and if you can have the strongest idea – like a Darwinian battle – it evolves at the time. The business world, especially fast-paced tech entrepreneurship, acts through memes and people are wondering “How do we create an idea that’s robust enough to thrive and lead on to the next one?”  So Uber comes up and is the new meme that transforms the taxi industry.

Similarly, blockchain is transforming banking, payments, and a whole host of areas such as how people sell goods and services.  Blockchain has globalised entrepreneurship in a massive way in that it allows people to harness financial innovation wherever they are and to freely transfer information.

CG: Many people associate blockchain with just fintech, but what are the creative implications for other industries?
TL:There’s a lot of thinking about how you can use blockchain in the music and media industries. For example, Imogen Heap put her entire song catalogue on the blockchain. At the Cannes Film Festival people were getting very excited about how ICOs can crowdfund your next movie.  Steemit is a very popular social media platform, especially amongst blockchain enthusiasts, because it rewards bloggers using credits scored on the blockchain.

Gamers are now using AR tokens, and one of the most popular apps on the blockchain is CryptoKitties: little limited edition cat avatars that you own and trade. CryptoKitties can only be bought with Ether, the crypto-currency fuel of the Ethereum blockchain  network, but their popularity caused Ethereum to crash.

CG: Cryptocurrencies are popping up left, right and centre: even BURGER KING® launched its own cryptocurrency – the WhopperCoin. So there’s also creativity in ICO marketing. Effectively, it’s about building a brand …
TL: Yes, the marketing power going into ICOs is huge.  There are now so many beautifully designed websites and viral video marketing that it’s like a cultural phenomenon. You could compare the ICO craze to pop art … CryptoKitties are creative and collectible, like modern Andy Warhols.

There are now big creative events taking place to promote blockchain. When I was at Blockchain Week in New York, Snoop Dogg performed at the Ripple Labs Inc. VIP  party while Busta Rhymes was at another cryptocurrency party.

Even celebs in the sports world are getting involved. Floyd Mayweather, the boxer, endorsed the Stox ICO before his fight with Conor McGregor, which raised $32 million on its first day, and then promoted another blockchain start up, Hubii. However, he also endorsed Centra Tech’s ICO,  whose founders have now been charged with fraud.

CG: Define what creativity means to you.
TL: Creativity is the freedom of thought and expression and what I love about today’s world is the fusion of creativity in all areas of life.

One of my guys here at Novum has a PhD in astrophysics. He’s spent his time thinking about the structure of the galaxies; now he’s thinking about what’s going to happen to the blockchain market, such as what’s the natural language processing tool and what are the trend. Data science people are hugely creative in that kind of mathematical way.

Written by Caroline Gibson, freelance copywriter, in a series of blogs on what creativity means to people blazing the way in their particular field. If you need help with your ICO brand strategy or ICO naming, get in touch: