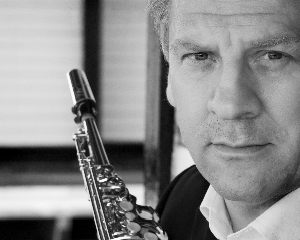 CG: Why do you do what you do now?
SS: They say ‘Show me the boy at seven, show me the man’ – when I was at school, I used to be in all the plays then started writing music and learnt to play about eight instruments.  And that’s pretty much what I do now! The music and the acting just run concurrently together and completely inform each other all the time.

CG: Do you compose to a set brief or have a certain amount of freedom?
SS: Good question.  The bottom line is you’re given a commission.  There’s a brief, there’s a play to write for, there’s a world to write for and there are parameters. A friend who’s Head of Music at the Globe came up with a great creative expression: ‘The Paradox of Enabling Constraints’.

I like to be told what my constraints are, which could be to do with budget or narrative.

CG: What’s your role on Amadeus?
SS: Obviously Amadeus has lots of Mozart in it, but there’s actually more music in it that I’ve written. A friend of mine asked, ‘Did you do the musical directing?’  I answered, ‘Yes, I did the musical directing but I also composed for the show.’ He asked, ‘What? What did you do?’  I told him, ‘Well, all the extra music.’ And he replied, ‘What extra music???’  He just hadn’t noticed it – which is a good sign.

If the music stands out or somehow tips above the narrative or the dialogue, then you’re in trouble.  So you’re always writing for something bigger than you, which is part of the job really.

CG: What would be your dream thing to write for?
SS: I just love to write film music.  It’s my favourite medium really.  I’ve got a couple of short films to do right now, which are great – lovely things to write for, but I’d love to have a proper film to do.

CG: How do you manage to stay creative and be inspired?
SS: I spend a lot of time looking at the Internet and at other composer’s websites – people I really like, who I admire.

Thomas Newman – Randy Newman’s nephew, who is famous for Finding Nemo and other wonderful scores, was asked by an interviewer, ‘What’s the process when you sit down and the director comes in and wants to hear the stuff you’ve written?’ He said, ‘Well, what I do is I write lots and lots of music so when the director comes in and says, ‘No, I don’t like that’ (which of course they do) and shake their head, I have something else to offer. So I just write lots and lots.’ He said, ‘Really, my whole career is just about pain avoidance.’  I thought, ‘Yeah, pain avoidance. That’s what it is about.’ It’s just doing your job as best as you can.

CG: Is there anything you’re really, really proud of?
SS: I’m proud of Amadeus because the play is an extraordinary play.  I first saw it at the National Theatre as a student and here am I, doing the 30-year anniversary production, with a completely different production with a live 20-piece orchestra, six opera singers and a cast of 40.

I’m really proud of being able to deal with three very different skill sets: actors, classical musicians and opera singers. The classical musicians aren’t actors, so I get them to improvise, busk and stuff. The opera singers have sung Mozart a thousand times, but I want it sung a different way and have to get them to shift their comfort zone.  I’m quite proud I’ve managed to do that and keep everyone quite jolly, and they really like it.

Together with Michael Longhurst, director, and Imogen Knight, choreographer, I think we’ve done quite a good job just getting the cast to own what we’ve asked them to do and not feel uncomfortable.

CG: Define what creativity means to you
SS: There’s not a simple answer, I’m afraid.

My music has to serve a story in a play or a TV programme.

There has to be an authenticity to what you feel and to be truthful as to who you are.  I’d love to be Randy Newman or Thomas Newman or John Williams or somebody else … there’s a lovely story between Maurice Ravel and George Gershwin.  Gershwin was really impressed by Ravel’s wonderful orchestrations and ‘ said he wanted lessons in orchestration from Ravel.  Ravel wrote back saying, ‘No, I won’t give you lessons, Gershwin, because if I give you lessons you will be a second rate Ravel – and you are a first rate Gershwin.’  That’s such a beautiful thing to say.

My creativity is just to give my true Simon Slater-self over to my work.  That’s all you really can do, isn’t it?

Amadeus runs at the National Theatre until 24 April 2018. Simon Slater is available at Slater Music

Written by Caroline Gibson, freelance copywriter, as the first of a series of blogs on what creativity means to people blazing the way in their particular field.