What’s happened to typography in advertising?
(In other words, why are there so many widows and orphans these days?) 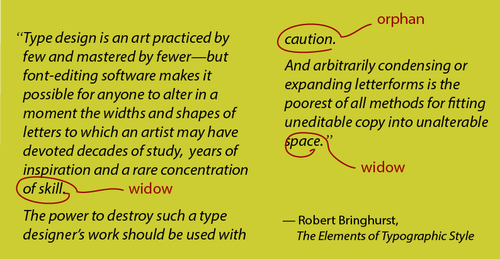 As a freelance copywriter, I get really, really frustrated by this last point and what’s happened to the art of typography in advertising. But am I – and Robert Bringhust (read the above) – alone?

So, what’s going on with print advertising?

Russell Wailes, Creative Director at Libertine London, believes print advertising has been completely devalued, ‘Everything’s changed – print today is completely different from 15 years ago. When was last time you saw a long copy ad – probably in the days of Tony Brignull, Tim Delaney and David Abbot?’

Is this because copywriters have lost the skill to write long copy – or because they simply don’t need to?

We live in a world of short and snappy communication. Copy is now often referred to as content and appears in all kinds of places and on all kinds of platforms, which tends to mean fewer words are needed. Viewers are engaged by video and interactive content. The world has changed – and so have our brains. Long copy is no longer required so crafting it – and using the craft of typography in advertising to pay attention to widows and kerning and leading – is also no longer required.

Can you imagine the hours that went into creating this 1994 ad by TBWA/Chiat Day? 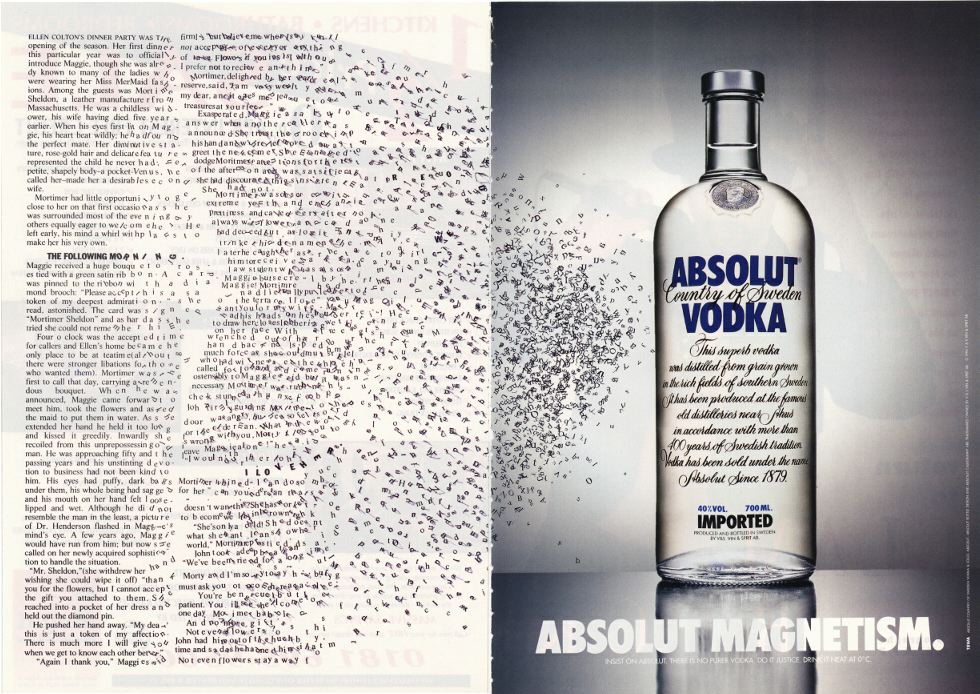 Has technology changed everything?

Annie Rushton, graphic designer and owner of Rushton Design (and such a huge type fan that that her children’s middle names are fonts) adds ‘It’s become too easy for people to manipulate type due to the fact that everyone has access to it on their computer, with Word, Pages and ready templates.’

Karl French, co-director of Metallic Elephant agrees, ‘When I first started, people would cut out pieces of paper and we would have to photograph everything. Now you take it for granted that you can go on the Internet, get a font and get something from Illustrator – job done! There’s so much free software around that everyone is a typographer or designer these days.’

Annie maintains, ‘Without a typographer’s eye, things can look messy and unbalanced. You may have to compromise on a leading or column width just to get extra text in.’

Recent proof of just how wrong things can go was evident in the 89th Oscars’ awards card fiasco, which might have been avoided had someone carefully considered changing the sizing, positioning and weight of the text (see designer Benjamin Bannister’s insightful post on ‘Why Typography Matters – Especially At The Oscars’ which looks at the typography used on official Academy paperwork). 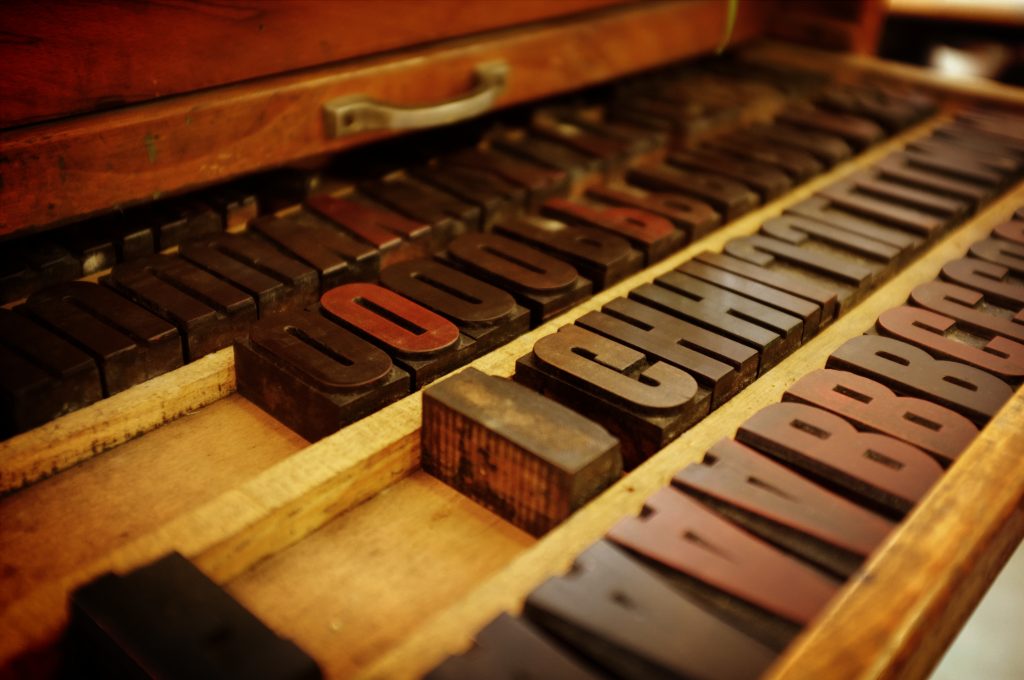 However, Andy Breese,Head of Art & Design at Publicis London, takes this view, ‘The introduction of the Apple Mac undeniably made type generation more accessible to the masses. And, in the stampede to embrace the new technology, some of the stuff that we had previously cherished got trampled. But really the autonomy and egalitarianism it gave everyone should be championed rather than lauded.’

He continues, ‘It gave people the ability to rapidly create something in an arena that had previously been rather lumpen, introspective and time consuming. It was very punk-rock in many ways. It allowed a whole roster of type pioneers to throw away the rulebook. Neville Brody, Swifty, David Carson, Jonathan Barnbrook, Ed Fella and many others seemed to relish shaking off the shackles and creating something genuinely fresh and exciting. The ripples of this creative explosion can still be felt today. I can only imagine it was a similar sensation to when dear old Johannes Gutenberg invented the printing press back in 1440.’

Where is all the talent?

Ok, so there’s never been more fonts or more design tools than ever … but whether or not people have the talent to make the most of these is another thing. Russell adds, ‘People are being a lot more adventurous today – you could always spot a David Abbott ad because it always had 2 to 4 columns of type and a headline that ran across. However, adventurous doesn’t necessarily mean good.’ He believes there is some fantastic stuff all over the place – you just don’t see it in mainstream advertising.

Andy is of a similar view, ‘There is a massive contradiction at stake currently regarding typography. The use of type as an expressive media is arguably in a golden period and has never been stronger. However, in contrast, the craft of the typesetter has undeniably been eradicated in a rather Orwellian fashion!’

Luckily, some typography geniuses in advertising are still valued by art directors and designers and still going strong, such as Andy Dymock (work below) and Pete Mould. 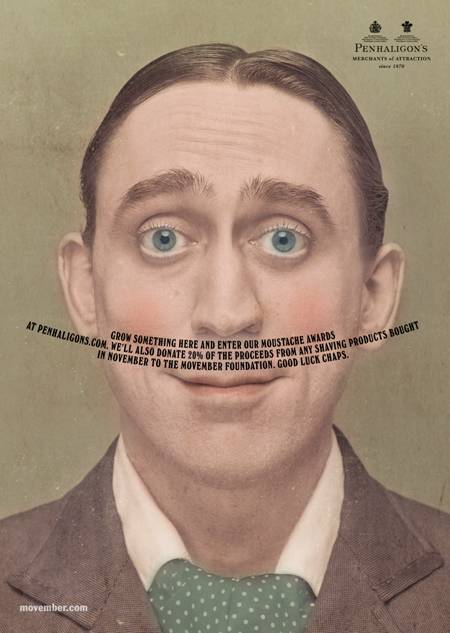 And, just as fortuitous, hand lettering done really well, such as by lettering artist Alison Carmichael,  will never be replicated by computer.

I’m going to leave the last word on typography in advertising to Andy with this positive point of view, ‘Whilst some of us will always obsess over a column of alternating short and long copy lines set at a decent measure, I suspect we have actually gained more than we have lost and the world of typography is probably a richer place for it.’

My thanks
Huge thanks to the following people I interviewed for this blog on typography in advertising:

Andy Breese (favourite font = Neil Bold: ‘I have a guilty pleasure for fonts that lack elegance and might even be considered brutish’)

Good typography resources
Interested in learning more about the art of typography and seeing some amazing examples (sadly, not necessarily in advertising)? Check out these resources:

Written by Caroline Gibson, freelance copywriter who will gladly kill any widow and save any orphan. You just have to ask.

1 thought on “Typography In Advertising: Is The Craft Dead Or Alive?”